Christmas 2020 is likely to be quite different for many in the United States due to the restrictions imposed by the Covid-19 pandemic. Now if you are anything like us, you will be looking for fun things to do indoors with family and friends during the Holiday Season – so why not print out and play Christmas Bingo!

If you want more fun games to play this Holiday Season, why not download our free printable Christmas Bumper Activity Set!

The History of Bingo

Bingo originated in Italy way back in 1530, where they operated a lottery called “Lo Giuoco del Lotto D’Italia”, which today is still played every Saturday.

How to Play Christmas Bingo

Do you want lots of inspiration for more Christmas activities for kids? Then look no further! Head to Red Ted Art for 70 Easy Christmas Crafts For Kids!

The Fun Crafts Kids team wishes you, your Friends and Family a very Happy Holiday Season! 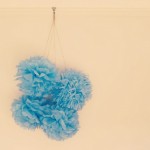 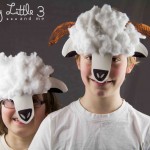