This year’s Thanksgiving Day is likely to be quite different for many in the United States due to the restrictions imposed by the Covid-19 pandemic. Now if you are anything like us, you will be looking for fun things to do indoors with family and friends during the Holiday Season – so why not print out and play Thanksgiving Bingo!

The History of Bingo

Bingo originated in Italy way back in 1530, where they operated a lottery called “Lo Giuoco del Lotto D’Italia”, which today is still played every Saturday.

How to Play Thanksgiving Bingo 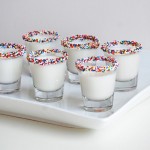