Fun Crafts Kids has produced four free printable sudoku puzzles for you to print and play this Thanksgiving holiday. Educational fun for both young and old!

Sudoku is a logic-based, number-placement puzzle. The objective is to fill a 9×9 grid with numbers in order that each column, each row, and each of the nine 3×3 sub grids or “boxes” include all the numbers from 1 to 9. The puzzle starts with partially completed grid that the player needs to complete. There will only one single correct solution!
Sudoku – known as Number Place – when it was first published in French newspapers in the late 19th century. The modern puzzle became popular in Japan after it was published by the Japanese puzzle company Nikoli in 1986 under the name Sudoku, meaning “single number”. In the late 1990’s the puzzle’s popularity spread quickly to the USA and United Kingdom becoming a global phenomenon.

You play Sudoku on a grid of 9 x 9 squares, therefore a total of 81 individual spaces. Every row and column comprise 9 “boxes” (made up of 3 x 3 squares) – see the circle in the image below.
Each row, each column, and each box square, which all comprise 9 squares, needs to be filled out with the numbers 1-9, without repeating any numbers within the row, column or square.
Each puzzle includes some numbers in each “square” to start you off.

We can deduce that the top left square above is missing the numbers: 1, 2, 3, 8, 9. By looking at each column and row you can deduce by logic and process of elimination into which space each number should go.

Look at the short video on “How to Play: Sudoku” by Triple S Games. It explains Sudoku well.

Benefits of Sudoku for Children (and adults too!)

These are 8 reasons your children should play Sudoku:

Sudoku improves the memory capacity of the developing mind particularly in children aged 7 to 11. The UK’s Daily Mail published an article on this study, and the effect of Sudoku on children’s development in 2014, read it here.

To solve Sudoku puzzles requires an organized mind and methodical thinking as it requires players to scan the Sudoku grid and identify patterns and opportunities. As the patterns are sometimes not very obvious players need to stay focussed, calm and patient. By playing Sudoku, children can learn and practice calmness, patience, and focus – which are all very useful like skills!

Sudoku helps young children learn the skill of abstract reasoning. Whilst learning how to play Sudoku, children should to be taught to ask two main questions: What and Where? Knowing what number to place where is vital to solve the puzzle.

In addition, Sudoku includes numbers it doesn’t requires math skills. It does teach children how to learn and quickly memorize numbers, patterns and symbols.

Sudoku is a game based on logical thinking. By trying to solve the puzzle, kids learn to think logically as well as developing an organized mind and thinking process.

To successfully play Sudoku requires logical thinking and quick decisions. Therefore, when solving the puzzle, children will learn to logically analyse the information they are provided before making a decision accordingly. Practice makes perfect. Because there is only one correct solution the puzzle – children need to learn to make confident decisions and perseverance, even if they make a mistake and then have to back track and try again.

Some children rush and overlook things. Sudoku can teach kids to slow down, think and analyse. To solve the puzzle, children must pay attention to the numbers already provided and must have a mental note of the numbers still to be used. Therefore, to solve a Sudoku puzzle requires attention to detail.

Playing Sudoku will develop your child’s brain and the “exercises” will be seen as fun games. When you teach your children to play Sudoku, you can focus more of your time on making it fun, as well as competitive. Avoid telling them that it is a learning exercise. While they play, they will be having vast amounts of fun. They will also be benefiting from it, without even knowing it.

To help keep your family entertained this Thanksgiving Holiday why not look at the following Fun Crafts Kids posts: 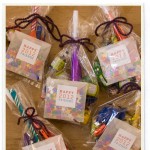 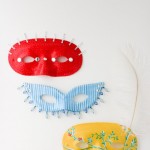