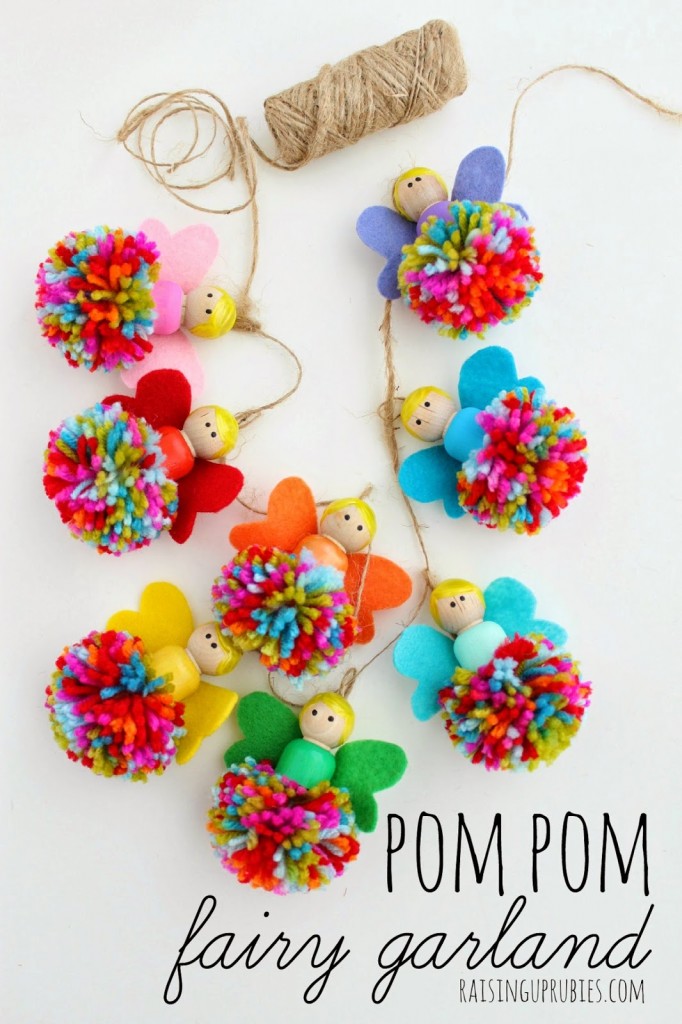 When I saw this, I just KNEW we had to share this with you today. This Pom Pom Fairy Garland is just beautiful. I think the pom pom fairies are wonderful just as they are, but put them together as a garland and it makes the most adorable decoration. It would be a great gift for a “new baby” bedroom too, I think? Don’t you? And it continues our love for both Pom Poms and fairies! Wonderful.

Some links to help you make your craft:

UK readers – you can get Wooden Peg People on Amazon or ebay! And get your Pompom maker here!

Find out all about how to make them from Raising up Rubies!

(PS there are some great and varied How To Make Pom Poms – 7 different techniques over here!!! and a further 25 Pom Pom Crafts to be inspired by!) 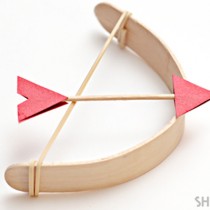 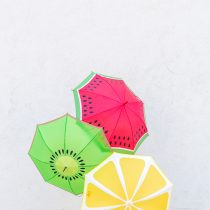 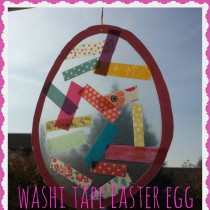 Easter Crafts: Suncatcher
It really is Easter Craft season! Easter Crafts are coming…
There is 1 comment for this article
Search for More Inspiration